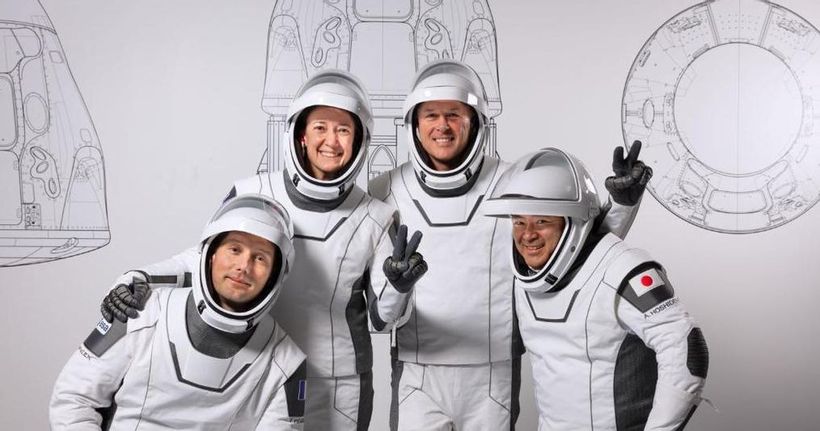 ESA’s Thomas Pesquet, NASA’s Megan McArthur and Shane Kimbrough, and JAXA’s Akihiko Hoshide tried on their SpaceX flight suits.
NASA
NASA and SpaceX are gearing up for the second operational flight of the Crew Dragon spacecraft. On Thursday, four astronauts will hitch a ride in the Dragon, lifted into orbit atop the workhorse Falcon 9 booster. It’s going to be an early morning flight for US watchers. Here’s how you can follow along live.
SpaceX tweeted a video of Crew Dragon on Tuesday and said…

The Lyrid meteor shower will leave ‘glowing dust trains’ across the sky on Thursday. Here’s how to watch. – Business Insider Australia